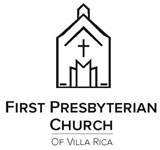 (All Scripture Quotations are from the ESV)

5 And one of the elders said to me, “Weep no more; behold, the Lion of the tribe of Judah, the Root of David, has conquered, so that he can open the scroll and its seven seals.”
6 And between the throne and the four living creatures and among the elders I saw a Lamb standing, as though it had been slain, with seven horns and with seven eyes, which are the seven spirits of God sent out into all the earth.

12 saying with a loud voice, “Worthy is the Lamb who was slain, to receive power and wealth and wisdom and might and honor and glory and blessing!”
13 And I heard every creature in heaven and on earth and under the earth and in the sea, and all that is in them, saying, “To him who sits on the throne and to the Lambbe blessing and honor and glory and might forever and ever!”
14 And the four living creatures said, “Amen!” and the elders fell down and worshiped.

Worship through Confession of Faith: The Apostles Creed

I believe in God the Father Almighty, Maker of heaven and earth.
And in Jesus Christ, His only begotten Son, our Lord:
Who was conceived by the Holy Ghost, born of the Virgin Mary.
He suffered under Pontius Pilate, was crucified, dead, and was buried; He descended into hell.
The third day He rose again from the dead.
He ascended into heaven and sits at the right hand of God the Father Almighty.
From thence He will come to judge the quick and the dead.
I believe in the Holy Ghost,
I believe in the holy catholic church, the communion of saints,
The forgiveness of sins,
The resurrection of the body,
And the life everlasting.
Amen.

Worship through Spiritual Song: Mighty to Save

1. Q. What is your only comfort in life and death?
A. That I am not my own, but belong with body and soul, both in life and in death, to my faithful Savior Jesus Christ. He has fully paid for all my sins with His precious blood and has set me free from all the power of the devil. He also preserves me in such a way that without the will of my heavenly Father not a hair can fall from my head; indeed, all things must work together for my salvation. Therefore, by His Holy Spirit He also assures me of eternal life and makes me heartily willing and ready from now on
to live for Him.
2. Q. What do you need to know in order to live and die in the joy of this comfort?
A. First, how great my sins and misery are; second, how I am delivered from all my sins
and misery; third, how I am to be thankful to God for such deliverance.

It’s Always Emmanuel for the Christian!

Exodus 14:13-14 “And Moses said to the people, “Fear not, stand firm, and see the salvation of the Lord, which he will work for you today. For the Egyptians whom you see today, you shall never see again. 14 The Lord will fight for you, and you have only to be silent.”

Exodus 14:26-29 “Then the Lord said to Moses, “Stretch out your hand over the sea, that the water may come back upon the Egyptians, upon their chariots, and upon their horsemen.” 27 So Moses stretched out his hand over the sea, and the sea returned to its normal course when the morning appeared. And as the Egyptians fled into it, the Lord threw the Egyptians into the midst of the sea. 28 The waters returned and covered the chariots and the horsemen; of all the host of Pharaoh that had followed them into the sea, not one of them remained. 29 But the people of Israel walked on dry ground through the sea, the waters being a wall to them on their right hand and on their left.”

2 Kings 19:32-35 “Therefore thus says the Lord concerning the king of Assyria: He shall not come into this city or shoot an arrow there, or come before it with a shield or cast up a siege mound against it. 33 By the way that he came, by the same he shall return, and he shall not come into this city, declares the Lord. 34 For I will defend this city to save it, for my own sake and for the sake of my servant David.”
35 And that night the angel of the Lord went out and struck down 185,000 in the camp of the Assyrians. And when people arose early in the morning, behold, these were all dead bodies.”

Matthew 8:1-3 “When he came down from the mountain, great crowds followed him. 2 And behold, a leper came to him and knelt before him, saying, “Lord, if you will, you can make me clean.” 3 And Jesus stretched out his hand and touched him, saying, “I will; be clean.” And immediately his leprosy was cleansed.”

Mark 4:37-40 And a great windstorm arose, and the waves were breaking into the boat, so that the boat was already filling. 38 But he was in the stern, asleep on the cushion. And they woke him and said to him, “Teacher, do you not care that we are perishing?” 39 And he awoke and rebuked the wind and said to the sea, “Peace! Be still!” And the wind ceased, and there was a great calm. 40 He said to them, “Why are you so afraid? Have you still no faith?”

John 11:17 “Now when Jesus came, he found that Lazarus had already been in the tomb four days.”

John 11:38-44 “Then Jesus, deeply moved again, came to the tomb. It was a cave, and a stone lay against it. 39 Jesus said, “Take away the stone.” Martha, the sister of the dead man, said to him, “Lord, by this time there will be an odor, for he has been dead four days.” 40 Jesus said to her, “Did I not tell you that if you believed you would see the glory of God?” 41 So they took away the stone. And Jesus lifted up his eyes and said, “Father, I thank you that you have heard me. 42 I knew that you always hear me, but I said this on account of the people standing around, that they may believe that you sent me.” 43 When he had said these things, he cried out with a loud voice, “Lazarus, come out.” 44 The man who had died came out, his hands and feet bound with linen strips, and his face wrapped with a cloth. Jesus said to them, “Unbind him, and let him go.””

Refrain:
Up from the grave he arose;
with a mighty triumph o’er his foes;
he arose a victor from the dark domain,
and he lives forever, with his saints to reign.
He arose! He arose! Hallelujah! Christ arose!

3 Death cannot keep its prey, Jesus my Savior;
he tore the bars away, Jesus my Lord! [Refrain]

1 Thessalonians 4:12-18 ..”so that you may walk properly before outsiders and be dependent on no one.
13 But we do not want you to be uninformed, brothers, about those who are asleep, that you may not grieve as others do who have no hope. 14 For since we believe that Jesus died and rose again, even so, through Jesus, God will bring with him those who have fallen asleep. 15 For this we declare to you by a word from the Lord, that we who are alive, who are left until the coming of the Lord, will not precede those who have fallen asleep. 16 For the Lord himself will descend from heaven with a cry of command, with the voice of an archangel, and with the sound of the trumpet of God. And the dead in Christ will rise first. 17 Then we who are alive, who are left, will be caught up together with them in the clouds to meet the Lord in the air, and so we will always be with the Lord. 18 Therefore encourage one another with these words.“

Leaning on the Everlasting Arms Hymn #616 2 Thessalonians 2:16-17 “Now may our Lord Jesus Christ himself, and God our Father, who loved us and gave us eternal comfort and good hope through grace, 17 comfort your hearts and establish them in every good work and word.”

2 Thessalonians 3:16 “Now may the Lord of peace himself give you peace at all times in every way. The Lord be with you all.”

Worship Through Tithes and Gifts

Scan Code to Give Now

Sing To The King

Open the Eyes of My Heart

Guide Me O Thou Great Jehovah 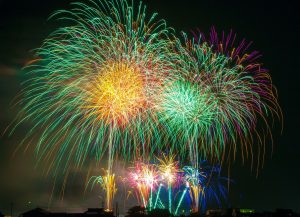 Ministry to Families with Children

Who Am I? Casting Crowns

Who You Say I Am (live in Sydney, Aus), Hillsong Music

Even If (with testimony) by Mercy Me